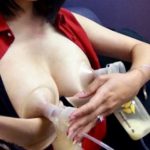 Recently I read an economic analysis report which argues that breastfeeding isn’t free and that work should be included in the GDP (gross domestic product).

“What we measure reflects what we value and shapes what we do,” economists Nancy Folbre and Julie P. Smith wrote in the report. “International systems for measuring the economy have institutionalized the devaluing of women’s unpaid productive and reproductive work, distorting the allocation of resources, and entrenching gender inequality.”

Thinking carefully about that, this argument actually makes a lot of sense to me! Of the nearly four million babies born in the United States every year, four out of five are breastfed at some point, according to the CDC.

Almost half of babies consume nothing but breast milk for three months. One quarter consumes only breast milk for six months. Breast milk is a vital part of the nation’s infant food supply—and it isn’t free.

American Academy of Pediatrics recommends six months of exclusive breastfeeding. The work, according to Australian research, would cost a mother an average of 17 to 20 hours a week, plenty of discomforts, and a lot of sleep.

Yet unlike infant formula, breast milk production is not included in the GDP, the primary measure of the economy. Folbre and Smith believe it’s a vital omission, and the exclusion of breastfeeding from the GDP is part of a broader problem with international systems for measuring economic activity. It largely ignores the contributions of unpaid work historically undertaken by women and has real consequences.

What is GDP, anyway? It is a primary measure of the economy adopted after World War II in an effort to regulate the international monetary order. To this day, the GDP remains the dominant indicator used to assess a nation’s economic strength and the efficacy of its public policies.

Folbre and Smith aren’t the first economists to point out that the framework underpinning the GDP formula leaves a lot out. For decades, feminist scholars such as former New Zealand member of Parliament Marilyn Waring have noted that as it is calculated, GDP skewed our understanding of economic growth by failing to account for shifts between market activities—such as the creation of physical capital including factories, buildings and machines—and non-market ones— such as the creation of a human, an essential of the economy.

And because the child care provided by a stay-at-home parent, traditionally the mother, counts for nothing in our national accounts, the increase in the GDP that results if that care is outsourced and the mom returns to the “normal” labor force will be exaggerated.

This kind of mismeasurement inevitably distorts policymaking: If the government’s just looking at the market sector, they’re being misled about trends in the economy, and they’re going to make wrong decisions about what’s important and what’s worth investing.

This explains a lot why breastfeeding and other unpaid housework that majorly shouldered by women are not being valued as they should be. With decades of hard work of pioneering feminist scholars and advocates, now we finally have a little better understanding of childcare’s role in the economy. As their successor, let’s keep up the good work and be hopeful that we could get some progress.